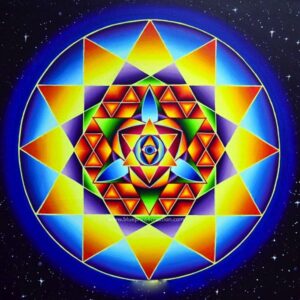 Women, rather than seething with resentment whenever your husband behaves badly, take  responsibility for how your man shows up around  you.  If he isn’t cutting the mustard in or out of the bedroom, you can still do much to shift that dynamic,  by shifting how you yourself show up. 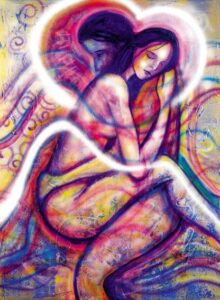 If the collective female standards for a man to be intimate with a woman were the depth of his consciousness, integrity of his truth and clarity of his direction, a rapid evolution and rise in the number of healthy, aligned heterosexual romantic partners would soon appear.Women, much of what you mistrust about men highlights those areas where you could heal your relationship with your own masculine. Clearly, you can choose to embrace the work that this invites you to do. Or,  you can remain a victim of your history, attached to those old self-righteous arguments and over-used excuses.

A woman is taught that man’s purpose is to make her happy. She feels continually disappointed by men, starting with her own father. In adulthood, a woman tries to coerce her man into giving her what she believes will make her happy. Either he disobeys her and she is disappointed, or he obeys her and she is still disappointed. The woman is unhappy and blames him for not giving her what she needs.
Does it feel like male maturity has swung back around to being female responsibility again?
As a single woman, do you make conscious choices regarding your beliefs, patterns, and habits?  Do you have an embodied sense of the self-mastery that you expect in a potential lover. If no one shows up with such mastery, can you be content being on your own while you hold space for potential partnership to manifest. Are you unwilling to compromise your energy by on anything less worthwhile than being alone?
Throughout years of misogyny in the collective and media, women need to consciously seek evidence of men showing up in emotional mastery. I sought evidence of healthy masculinity throughout the elections through the #MeToo movement, through countless attacks on female physical autonomy, reproductive freedoms and equal pay rights. Focus on cultivating healthy, mutually supportive friendships with men. Do you hire men as facilitators, or manifest mentorship from men to aid your evolution? Spend time each day envisioning the kind of aligned partner/partnerships you want for yourself so as to fully inhabit that energy on your end. Try to identify healthy masculinity models in the media that you consume.
However, if there is a way to shift your behavior that causes more evolved, aligned men to show up in your reality, then stay open to exploring that welcome possibility.
I suggest that you be unwilling to:
So, in order to shift the evolution of the men around you, strive to consciously modify your own behavior and energy.  After all, you always attract the type of energy that you put out.  Ask yourself, “What is it that I am really missing in this particular dynamic?”  How can I get to “yes”in this relationship?
Twenty-first century male evolution issues clearly involve far more than just how women are showing up; however, you can do your part to achieve what you want for your own version of happiness.