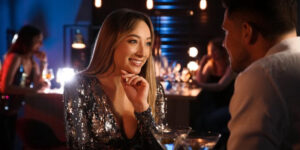 Women,  order to first explain the effects of single shaming,  you must study the bad experiences that have burned you out to the point that you just can’t view relationships as possible. Indeed, you feel burnt to the point that love just doesn’t register as a viable option for you. It’s not like you lack opportunities to pursue the option of a mate. While there are men interested in dating you, and you do hang out with guys in date-like situations, and have sex often enough, you consider yourself single. You won’t commit to anyone because you just can’t handle the hurt, and you just don’t believe that men want you for your unique, wonderful self.  You don’t know what they want, but you don’t believe they love.

Like it or not, western society has stigmatized being single. You hear everything from how you’re not good enough to marry, to why you should just change everything about you to land a man, to how pathetic  you are that you go so burned out by a various people to varying degrees.

1. The biggest single-shamer you encounter will likely be you.  Most people don’t care if you’re single but every so often, you do. Back when you first gave up on love, you may have developed a serious drinking or drug problem or experienced bouts of depression. Being single and being hurt so often just makes you feel like a failure at times.  Have you ever wondered what’s wrong with you that you couldn’t just get one guy to like you?  Those pangs can happen more frequently than people single-shaming you.

2. If you keep single-shaming yourself, you will become unhinged.  Negative self-talk is a crazy-maker and it make you increasingly aggressive and hateful towards men. Although you can manage to work out a lot of your own issues, you still immediately turn off if guys flirt with you.

3. “Smug marrieds” are a thing.  Be happy for married people but they shouldn’t be smug about it.  Most people don’t try to rub their relationships in your face, but those who actively try to do so are insufferable boors.

4. “Smug singles” are also a thing.  You can be single-shamed by single men just because you were born female. The general gist that smug single men use is that men “get a raw deal” in love, and take their toys to go home, and this is what you get for feminism.  All this really does is make you see that you made the right choice in taking yourself off the market. Even so, it’s annoyingly clear where they’re coming from.

6. Single-shaming often comes when people offer unsolicited advice on how to get a date.  If you get to the point that you let go of love, then you don’t want to hear about how you would have better luck if you had lost more weight, dyed your hair, and stopped wearing those ‘weird’ clothes. Doing this can just make you feel invalidated you as a human being, plus it’s terribly hurtful.  If you cared enough, you would capitulate. But most people should know better than to say that you shouldn’t give up on love. All such insults are a fast way to alienate friends.

7. It happens to guys, too. One of my male clients gets comments from his co-workers about how he’s single and celibate. He reports that they have attacked his masculinity and told him that they don’t believe he’s straight because of his life choices. Those are painful words to hear.

8. For females, people also make sure to remind you that you’re on a timetable.  Many people tell single women that they need to stop being edgy and just find a man before it’s too late; i.e., until their eggs dry up.  If you are happily child-free,  this may not bother you as much as the idea that a you have an expiration date. But to women who want children, hearing this is devastating.

9. The single messed up tropes are not doing anyone any favors.  Guys who are permanently single are seen as losers, man-children or perpetual bachelors. Women who are single are deemed to be deranged, desperate, lonely cat ladies. I have clients who are very happily single.  Once you totally write off the idea of love, you tend to feel a lot better. You honestly can be happier alone than you were in a stagnant relationship. After all, no one hurts you when you’re alone.

10. Being single-shamed can affect your overall habits as well.
I don’t go out to clubs as much as I used to, and I used to literally eat, sleep, and breathe nightlife. I don’t want to be that “older desperate woman” in other people’s eyes, even if I’m literally just there for music and drinks. Additionally, couples activities like dining out and stuff? You may have people for that these days, but you may have also started to just stay at home because it just feels weird.

11. Some people stay in bad relationships due to single-shaming.  For many people, getting a spouse is just “what you do.” If you are single past a certain age, people look at you funny. How many guys are in relationships with a woman they hate because they “have to be,” and how many women don’t leave abusers because they don’t want to die alone. The numbers are likely high.
12. We’re all guilty of it once in a while.  You may have single-shamed plenty of men and women since it’s so pervasive in our society that you don’t even realize the damage you’ve done until it’s too late.

13. Single-shaming is really outdated.  Just like slut-shaming needs to be buried with Buddy Holly, single-shaming is a leftover of a bygone era. Marriage no longer works because people no longer are capable of sticking to commitments the way they once were.  We live in an era that frowns on compromise. In order to survive, you need to stay single. After all, you can’t have something as increasingly temporary as love dragging you down. So, perhaps instead of single-shaming each other, our society should get used to seeing more singles well into their 50s.