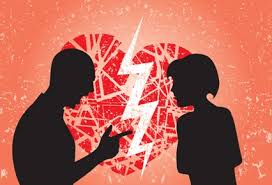 The truth is that toxic people are drawn to reasonable ones and you have likely had at least one person in your life who had you bending over like barbed wire in endless attempts to please them only to never really succeed.

Their damage lies in their subtlety and how they can engender that classic response, ‘It’s not them, it’s me.’ They can have you questioning your ‘over-reactivion and ‘over-sensitivity’, your ‘tendency to misinterpret’. If you’re continually hurt, or s constantly adjusting your own behavior to avoid being hurt, then chances are that it’s definitely them and not you
Being able to spot their destructive behavior is the first step to minimizing their impact. You may be unable to change what they do, but you can change what you do with it, and any idea that toxic person in your life might have that they can get away with it.
Toxic people have plenty of ways to manipulate others to suit their advantage. Below you will find 12 ways the toxic manipulate others and how you can avoid falling prey to their clutches.
How To Avoid Falling Prey To Toxic People