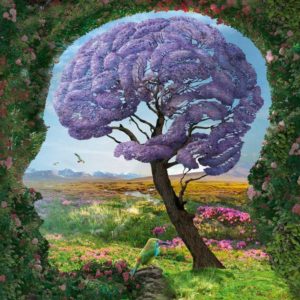 I need some help!  I am so disillusioned with my life right now! The tree of life has been quite warped for me these last few years.  As a 40 yr-old divorcee, I now live in my aged parents’ Chicago ramshackle home and financially take care of them both on the alimony from my ex-husband.  My disabled mother can no longer cook or clean so I virtually have to wait on the two of them in their rambling old three-story home.

At the age of 25, I married a man 15 years my senior.   For about seven years we were happy enough and I trusted him implicitly. I was aware that he played tennis weekly with a single gal pal he had met at his office during the last two years of our marriage.

While I was recovering in hospital from a serious car accident, my ex visited me with this woman and spent his evenings at her home. I was not suspicious about the nature of their relationship until I recovered enough to come home. From that time,  he did not want to go anywhere in public with me. He started coming home from work later and later, then not at all.

Finally, he asked me for his freedom. We ended up divorcing and he married his tennis doubles partner. My ex-husband was my first serious relationship and the early years of our marriage left me with some good memories.

My ex-husband was a bright, reliable, thoughtful individual who had diligently worked his way up to the top of the corporate ladder.  Yes, he enjoyed the finer things in life but he never shirked responsibility. Simply put, we drifted apart in our relationship and he fell in love with another woman.

After my divorce, I  travelled abroad with my cousin and saw a bit of western Europe. When I returned home,  my girlfriend introduced me to a friendly 45-year-old widower called Jeff who had two children. Jeff and I started up a friendship, which is why I am writing this email.

We met exactly 14 months after Jeff’s wife had died from Multiple Sclerosis. I wasn’t seeking a mate as my own creative pursuits and women’s club activities were engaging all my attention outside the home.

Since we began seeing each other every night, I started the practice of letting him sleep over.  Now this has gone for three years! He uses one of my garages to store his vintage car but has never offered to pay me a cent for using it. Plus, he has the full run of the house as if we were married.

He seldom speaks of marriage because he doesn’t want to “disrupt the children’s lives again.”  I imagine that he would prefer not getting married as this house still has a mortgage.  Besides, he has not contributed a dime towards any household bills here.

My father who is a decorated Vietnam war veteran recently resumed part-time employment as a security guard which eases financial matters somewhat.  Yet, I am still not free to spend money for travel or other personal pleasures. Sadly, employment for me is out of the question due to my mother’s fragile health status.

My boyfriend is no gift-giver and does nothing to show he cares about me. He knows how hard I’ve struggled to make ends meet, yet he has never offered me one cent. If I ask him outright for money, he asks what I need it for and says he has children to support.

Once every two weeks, we watch a movie together at home on Netflix. He is not a Romeo at heart so we never have any date nights, as this would involve his spending money. Last Saturday was my birthday so I had hoped that he might splurge and take me out. Sadly, he showed up in a semi-inebriated state at 10 p.m. without a word of apology for his tardiness.

He came up to bed about 11 p.m., whispered goodnight and fell asleep immediately. The other evening we had our one and only meaningful talk, in which he said, “Dina, if we broke up tomorrow, I would never return to you, no matter how much I missed you. I wouldn’t share my private feelings with you either as I don’t feel very close to you.”

In this man’s very affluent family, money was never an issue so they do not have a clue how some folks have to struggle just to get by, pay cheque to pay cheque.  ‘

Meanwhile, I’ve done all in my power to help his 15-year-old son and 13-year-old daughter. For the last two years, I have given the girl free piano lessons. I have also helped them with homework and tutored his son who struggles with math and physics

In the past, I have worked as an office administrator and freelance writer, plus I was an accomplished concert pianist. I even graduated a decade ago as a dental hygienist.  I never pursued it as a career as the starting salary was too small at the time.  Today, the trend in dentistry has changed now and hygienists are very well paid.

I’ve encouraged Jeff to advance his studies to better his job options; however, he has  no interest in self-improvement. Because I am always around my aged parents, I have soured on life and seem to have nothing to look forward to, So, I have foolishly relied on my immature boyfriend to change the quality of my life.

My boyfriend says “Dina, don’t ever count on me for anything. Nobody can change your life but you.”

The fact is, he is absolutely right! So, Jeanne, what should I do? My friends all say, “End it with him now. You deserve much better!”

When I give him the silent treatment, I feel bad as I crave love and affection.  I am terribly lonely and it least he’s around some of the time.

I give him all my love and affection and get little in return.   This attractive, easy-going, irresponsible man was born with a silver spoon in his mouth.   He is expecting a massive inheritance when his parents pass away so he feels no need to develop a career.

Thank you for reaching out.  I know how much courage it takes to make that first move.

In my opinion, Jeff has never been your friend.  You need to summon up all your inner strength to break off this sad, unrewarding relationship with this user immediately.  Then, resist any urge to ever contact him again.

First, he shows an amazing lack of character and moral integrity. Second, he has been using you financially and sexually, as well as expecting you to be a surrogate mother and built-in babysitter. Third, a sign of real love is sacrifice; i.e., real love is only content in giving. This man demonstrates his immaturitiy and selfishness on multiple levels.

Time and time again, I see that a man can never appreciate the value of anything gained without the expenditure of time, effort and money.

Your detailed email has highlighted just how very selfish, lazy and irresponsible Jeff is. Not only is he unwilling to better himself, but he has also totally taken you for granted. He’d be no easier to tolerate or live with if you decided to marry him.

Never wed or run after an unworthy, undeserving man such as this. If anything, you should be running away from him!

You say that you have a monthly mortgage payment. Thus, who will pay your bills if you marry this tightwad? You are intelligent and accomplished so that you would have no trouble earning a living from home.

Keep in mind that patience is a virtue. Perhaps you could make a living writing feature articles as that is what you love to do best.

Sadly, Jeff is not only using you but also depriving you of opportunities to better yourself. Dina, you’re far too good for this lout, and masculinity has little value unless accompanied by real strength, character and generosity.

I suggest that you find full-time employment immediately and move out of your parents’ home to start a new life for yourself.  Your father is a war veteran and he can avail himself of the services from Veterans’ Affairs.  Your mental and emotional health in terms of your self-esteem is too precious to squander on being your parents built-in maid or Jeff’s doormat.

Time and time again, women are often more in love with the idea of love than with a man himself. Their idealization of ‘love’ is what they cling to, not the man himself. Now is the time to let go of your school girl fantasies and start really living an awesome life as a grown woman.

Wishing you love, joy and abundance in 2019,