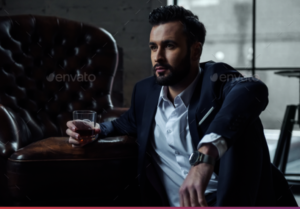 Finding your identity, especially if it’s not the cis straight identity that seems so prevalent in mainstream media, can be a tough process for some. For one male client, it was helpful when he finally found a word to describe how he felt about sex: Asexuality. He had no idea what the feelings he had meant, and if he had known about asexuality sooner, he would have felt far more comfortable with my identity.

So, do you think you may be asexual too? These aren’t universal traits by any stretch, and ultimately how you identify is your choice alone.

1. You don’t know what people are talking about when they say they want to bang someone.  Like, how can you just see someone and want to have sex with them? How can you feel aroused just by looking at someone you may or may not know? You find pornography boring, erotica unappealing, and fantasies contrived.

2. You forget about sex.  You forget about having sex with your partner unless you set reminders sometimes! If you don’t make an effort to think about sex, you forget about it entirely. Some people think about sex anywhere from 10 to more than 30 times per day. If you’re on the ace spectrum, your first reaction might be about how exceedingly high that sounds. It might not pop into your brain unannounced, you may miss the punchline to a joke, or an innuendo might just fly right over your head.

3. You’re sex-repulsed.  This can manifest as being just being uncomfortable or entirely unable to deal with sensations like being sweaty, being touched, or avoiding the various sounds of sex. If you’re sex-repulsed or sex-averse, you may be unable to have sex or masturbate. And that’s okay! There are plenty of ways to be intimate without relying on sex or intimate touch: conversations about any and all topics, creating playlists for each other, cooking together, or writing love letters to each other. As long as it’s not causing you emotional distress, nothing is wrong with not having or avoiding sex entirely.

4. You’ve never (or rarely) feel attracted to people, and you never or rarely find sex to be rewarding.  You might be on the ace spectrum! There’s graysexual and demisexual as well, which might mean that you only experience sexual attraction under specific circumstances, or to the point where it’s so low that it’s negligible, or that you only experience sexual attraction after you’ve formed an emotional bond with someone. Graysexual people may have only been attracted to one or two people, and demisexual folks may only develop intimate feelings for someone once they’ve truly gotten to know them, and have even dated for a while. You might even just think about sex in purely biological terms, as a way to reproduce, with no erotic incentive.

Ultimately, your sexual identity is your decision alone to make. The internet can’t decide for you, and your friends can’t say that you’re right or wrong about how you identify. Your sexual identity can be in flux;  you don’t have to decide and stay with that decision forever. You will change and grow. Maybe your identity will change or maybe it won’t. It’s all good as they say.

There are lots of ways to identify. Like gender, there’s a spectrum to asexuality. You can be completely asexual, or graysexual, or demisexual, or aromantic, or aroace. Even if you don’t feel like you have found the right identity for you, you need not settle on something right away. You can be asexual and love having sex or be asexual and avoid it entirely, and that’s perfectly fine! If you think you’re on the ace spectrum, Asexuality.com has a tremendous compilation of information, as well as a community.